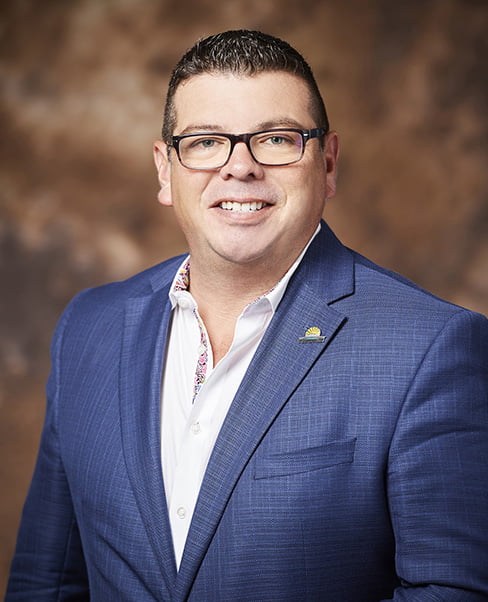 Matt Jamieson is a proud member of of the Tuscarora Nation and resident of Six Nations of the Grand River. He holds a Post-Bachelor’s in Management and a Masters of Business Administration from Athabasca University.

Matt was the principle architect of the corporate governance model used by Six Nations of the Grand River Development Corporation (SNGRDC) – a model that since 2015 has successful operated autonomously from the political structure within the community.

In his role as CEO Matt leads SNGRDC strategy, operations and investment decisions. Under Matt’s guidance, SNGRDC has deployed $50+ million of direct equity into utility scale renewable energy projects and participated in the construction of $2.25 billion of infrastructure assets.

In 2017, Matt was recognized as both a Delta Clean50 and Clean16 Winner. In 2018, SNGRDC was chosen as Development Corporation of the Year by the Canadian Council for Aboriginal Business. In 2019, SNGRDC was first selected as one of Canada’s Best Managed Companies and has held that title each year since.

BACK TO ALL
Font Resize
Contrast
Accessibility by WAH