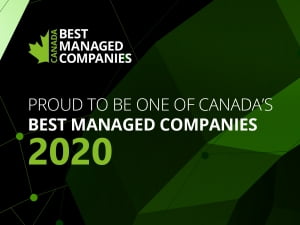 The Six Nations of the Grand River Development Corporation (SNGRDC) is excited to be recognized as one of Canada’s Best Managed Companies for the Second Year in a row by Deloitte Canada.

For more information, or to read up on SNGRDC’s win visit https://www2.deloitte.com/ca/en/pages/press-releases/articles/canadas-best-managed-companies-define-purpose-to-glean-competitive-edge.html

Six Nations of the Grand River Development Corporation (SNGRDC) is honoured to be recognized as one of Canada’s Best Managed Companies.

Best Managed applicants are evaluated based on four key areas which include: Strategy, Capability, Commitment, and Financials. SNGRDC will be presented with this award on April 17, 2019 in Toronto at the Best Managed Symposium. The announcement was made public on March 7, 2019 in which SNGRDC hosted a staff appreciation breakfast to thank staff for all their hard work which has allowed them to be named on of Canada’s Best Managed. 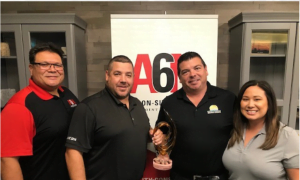 A6N is a joint venture between Six Nations of the Grand River Development Corporation (51% ownership) and Aecon Group Inc. (49% ownership). A6N was awarded the Ontario Energy Association (OEA) Company Award, which recognizes and rewards companies acknowledged as outstanding leaders by their peers within the Ontario energy industry

The Ontario Energy Association aspires to be the most credible and trusted voice of the energy sector. They earn their reputation by being an integral and influential part of energy policy development and decision-making in Ontario. They represent Ontario’s energy leaders that span the full diversity of the energy industry. 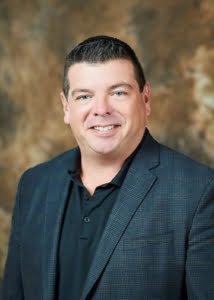 On September 20, 2017, The Delta Management Group announced Matt Jamieson, President/CEO of Six Nations of the Grand River Development Corporation (SNGRDC) as a 2018, Canada Clean50 honouree under the category of renewable energy. The award recognizes 50 individuals or small teams, in 16 different categories, who have done the most to advance the cause of sustainability and clean capitalism in Canada over the past 2 years.

The Delta Management Group was founded in 2011, and remains the steward of the Canada Clean50 Awards, created to annually identify, recognize and connect 50 sustainability leaders from every sector of Canadian endeavor.

SNGRDC supports the growth of Six Nations through annual distributions of surplus profits to the Economic Development Trust (EDT) who invests the funds into the community. SNGRDC has contributed over $7 million from surplus profits generated in 2015/2016 and 2016/2017 to the EDT for community investment in the 2016, 2017, 2018 calendar years. SNGRDC has also facilitated $1.48 million, over 20 years, in Post-Secondary contributions from renewable energy partners.

Six Nations of the Grand River Development Corporation (SNGRDC) was acknowledged by Ontario Sustainable Energy Association (OSEA), for its meaningful commitment to renewable energy in the province. SNGRDC proudly accepted the Aboriginal Project of the Year Award for the successful 500 KW Rooftop Solar Project at the Oneida Business Park.

The Ontario Sustainable Energy Association (OSEA) has been at the forefront of the energy sector, working with various organizations to champion sustainable energy that will power, heat, cool and move Ontario’s prosperity by creating jobs, resilient communities and healthy environments.

Aboriginal Development Corporation of the Year, 2017